After winning the toss Bangladesh put India to bat and India 118 in their 20 overs. Mithali Raj remained unbeaten 49 runs well supported by Mandhana and Harmanpreet kaur, they both made 41 and 20 runs respectively. This target was more than enough for a weaker side of Bangladesh women against very strong bowling attack of India women. Bangladesh women could only manage to play 18 over or so and their whole team find themselves in dug out. Bangladesh was all out on a very ordinary score of 54 runs; only two batters could cross double figure mark. Shaila Sharmeen and Salma Khatoon were the only batters who crossed that magical figures, rest were unable to score against bowlers of opposition. Most of Indian bowlers amongst wickets, Poonam Yadav took 3 wickets while Anuja Patel and Jhulan Goswami 2 wickets each. Mansi Joshi on debut also picked up one wicket in her 3 overs of bowling spell. Mithali Raj was awarded as player of the match.

In second match Nepal women won the toss, and decided to bat first, but wasn’t able to post a good total. Their batting order severely collapsed against Pakistan bowlers. Nepal made only 47 runs, their only one batter crossed double figure digit. Their captain Rubina Chhetry made 11 runs. Pakistani women team captain used seven bowlers against weakest batting order, and every bowler contributed accordingly. Anam Amin, Sana Mir and Sadia Yousuf took 2 wickets each, while Asmavia Iqbal and Bisma Maroof herself picked up 1 wicket each. It wasn’t a tough total to chase down that total. Pakistan’s’ opening batters (Ayesha and Javeria) played some extra-ordinary shots inside power play and also played some sensible cricket. They put 44 runs partnership to cement their grip on this match. Ayesha get herself run out when team was req

uired only 4 runs to win. She made 26 and Sadia remained unbeaten on 16 runs. Player of the match award went to Anam Amin on hers brilliant bowling performance. 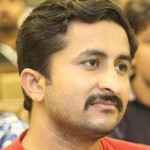