Some History of Lankan Premier league

Sri Lankan Premier league is T20 format cricket League in Sri Lanka. The league was proposed back in 2011 in Srilanka. But the first season of the league was postponed and happened in 2012. Sri Lankan Inter-Provincial T20 league was replaced by LPL.

After the first season, 2013 and 2014 edition never happened. The reasons behind the cancellation of the later seasons were Organisation problems and the sponsorship lacking.

Another reason for the cancellation of 2013 season was the inability of franchises to meet payment deadlines.

Now Sri Lanka Cricket (SLC) has announced the LPL (Lankan Premier Leauge) ones again. The new T20 league is set to happen between August to September 2018.

In Media Release of SLC website, it is said: “Sri Lanka Cricket is delighted to announce its aspiration to launch a T20 League with the participation of Sri Lankan and International players.”

Clash with Other Leagues

During the time span, Sri Lankan Cricket team have no commitments to international series. However, the ability to attract international players may get affected. As Caribbean Premier League and England’s T20 Blast are scheduled in the same span.

Australia, Bangladesh and  New Zealand players can be the target of Lankan Premier League. Most often, the International who are free during this tenure can be the part of the league. Pakistani players availability is subjected to their  Zimbabwe Tour whether it happens or not.

Fixture of The Leauge

The fixture of the league will consist of 6 teams, as per the planning of SLC. Each team will play first ten round. And each team will face another team two times. 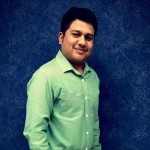