N finish was by the Sharjah cricket stadium and fans had a great outing there, but not for Lahore Qalandars. It was all about Quetta’s captain who won this game by hitting the Six on the final ball of . 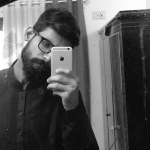 Mehfooz Ali is a social media influencer, he kept his close eyes on the developments related to T20 cricket.