The second edition of the Everest Premier League (EPL) starting from December 19th of 2017; auction took place on Monday
https://twitter.com/crickLiveUpdate/status/923372765729533952/photo/1pic.twitter.com/iBwItQs3zp

Previously – The First Edition of the League got big name and fame. The title was won by Panchakanya Tez.

6 teams are participating in this edition of EPL and will now be based on cities as the name of the franchises. The six cities exhibited are Kathmandu, Lalitpur, Bhairawa, Biratnagar, Birgung and Pokhara. All games will be played in Kritipur, Kathmandu in the round robin league format at the T.U. International Cricket Ground.

The teams(Cities) with there proper squad are following:

The tournament will have the highest winning amount in Nepali Cricket – a 2.1M Rupees !!

“The first edition of the Everest Premier League (EPL) was a big hit. It has certainly shaped way for how domestic cricket in Nepal should be executed. One can expect exciting times ahead as a player with new opportunities and a bigger broader version of this event coming up. Very excited to be a part of it!”: Nepal Cricket Skipper Paras Khadka

“Nepal requires tournaments like these to help uplift the local standard of cricket and also provide the platform for players to showcase their talent. EPL 2017 promises this and more. With the inclusion of foreign players, the tournament is bound to provide the exposure that our players need. National Sports Council (NSC) has proudly endorsed EPL and we look forward to work jointly to make EPL 2017 huge success”: Head Coach of Nepal Cricket Jagat Tamata

“It was a great day for Nepali cricket when we launched the first franchise tournament in Nepal on 2014 after Nepal had just featured in the WT20. The support received from the fans, players, sponsors and media has been remarkable and it has been the fuel that gets us driving to accomplish further. With the experience of the first edition behind us, we are ready to take the tournament to the next level. The inclusion of the name of cities as teams, foreign players, IPL experienced managers and vendors will all add to the charm of this year’s EPL.”: Founder of EPL Aamir Akhtar

AP1 HD will have full and exclusive rights to the broadcast of all matches, match analysis, presentation ceremonies and other EPL promotion or press events in the future. The promotion of EPL via AP1 HD will begin immediately and will continue till the end of the event. [ Via http://eplt20.com.np ]

First and Foremost: The EPL 2017 will have the inclusion of 12 cameras, 3rd umpire, large spectator screen on the ground, full cricket graphics and computerized programs for scores and statistics along with international commentators. ✍

– The AP1 HD has 10M Rupees agreement of LIVE telecast with the EPL for a year. ✍

– EPL is collaborating with Governance Facility as their social partnership with the motive, ‘ Promoting the Dignity of Migrant Workers’. ✍ 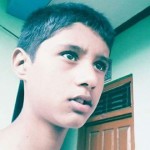 Franchise Based Cricket in Nepal